Posted on November 27, 2018 by jedwardnajera 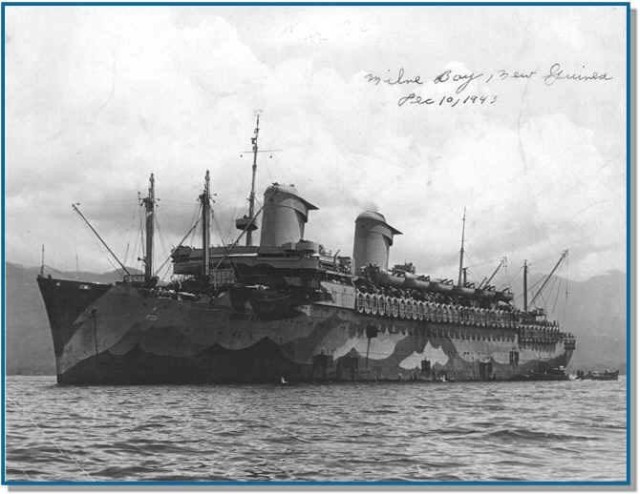 This photo is dated December 10, 1942. It also says Milne Bay. In the background are the mountains of the Owen Stanley Range. They are off the coast of Papua. 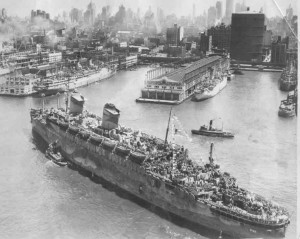 Here she is again, coming to rest New York City. Before she was USS West Point she was known as the SS United States.

Before World War II she was an ocean liner. Today we know them as cruise ships. When World War II broke out she sailed to the shipyard at Newport News. She was converted into a troopship. In fact she became our country’s largest.

The luxury liner was originally designed for over a thousand passengers but as a troopship she would carry over 8,000 troops at a time. The ballroom was set up to sleep 545 men. The bunks were stacked five high and left 16 inches between bunks.

After all those nautical miles and dangerous waters she survived unscathed. In 1946 she was returned to the United States Lines and became a ocean liner once more.

This is a list of passengers assigned to the USS West Point, sailing from San Francisco to destination unknown. You can see it stated January 11, 1944. The last name visible says Olivas, Frank. My brother. He was sent to somewhere in the Pacific. He wasn’t allowed to say where he was exactly. However we have  his letters that were mailed from the Solomon Islands. 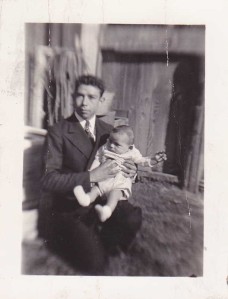 Here he is back in Oxnard, Ca. He survived the war and returned home safely. He fell in love, married, had a child. He was well on his way to living a good life until a car accident took him away in 1953.

I am an artist and a Poet. I live the life of a poet. I published several novels. Nena the Fairy and the Iron Rose, Dust of the Moon are among them, available through Amazon Books. I have spent over thirty five years in a classroom. I am now retired from that profession. My father kept a living record of his lifetime as he lived through the Twentieth Century. He was born in 1908 and almost lived long enough to see us enter the new millennium. He entrusted to me nearly 400 pages that he wrote through the years. Now I am continuing the tradition by posting my own stories and misadventures. I am trying to post a new entry or chapter each Friday. Check in on us at least once a week for the latest post.
View all posts by jedwardnajera →
This entry was posted in California History, Family History, Oxnard, WWII and tagged California, family, WWII. Bookmark the permalink.