Pictured here are Margarita Guzman and her husband Odilón Ledesma. They are holding the first of their children, Faustino and Manuela Ledesma. Odilón was born on New Year’s Day 1878 in San Francisco  de Angamatopiro, Michoacan. Margarita was born on May 29, 1883 in the same town. Faustino was born there in 1904 as was his sister, Manuela in 1907.

Other children were to follow: Christina in 1910, Emily in 1912, Catherine in 1913, Melecio in 1915, and Eduardo in 1918. These younger siblings were born in California near Riverside where the family first settled.

I do not know why they left their homes and moved to California to start a new life here. The entire family came over once, parents, cousins, and their families.

In 1919 Odilón was kicked by a mule and shortly after died. Margarita remained a widow and continued to live until 1981.

Faustino was fifteen years old at that time and became the man of the family and worked to support his family. They moved to Oxnard, a new town starting to grow between Santa Barbara and Los Angeles. There, work was plentiful.

Faustino married, had three children Maria Consuelo, Faustino Junior, Francisco. He left to prosper, generations to come. He went to sleep in 1979.

Cristina also went to work to support the family. She married my father Carlos. They had four children: Xochtl Christina, Carlitos, Teresa, and me Joseph. Eventually they lived out their lives in the Santa Clara Valley where I grew up. Cancer took Christina in 1981 and Carlos in 1999. My brother Carlitos went to sleep in the year 2000. 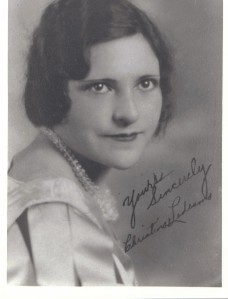 Manuela married Max Chavez. They settle down in Port Hueneme. Max work at the naval base there, and at Point Mugu Naval base nearby. They had three children: Max Junior, Mina, George. When I was born Manuel and Max became my godparents. They took care of me and my sisters when my mom came down tuberculosis. Max went to sleep in 1984 and Manuela in 2005.

Catherine and Emily never married. They spent their lives working in Oxnard, taking care of their mother, and other members of the family. Catherine worked many years in the Sunkist packing houses in Port Hueneme. Emily worked there also. She also owned her own shoe store for a time. Cancer took Catherine in 1999, and Emily went to sleep in 2004.

Eduardo became a soldier when World War II broke out. He survived the Battle of the Bulge. He returned, married and started a family. He worked, went to college, and gradually became a teacher. Later in life he became a real estate broker. Together with his family he lived out his years San Jose with his wife Rita. He left behind Reginald and Paul, his two sons. He left behind Teresa, and Margaret, his two daughters. Their firstborn Eduardo Junior went to sleep many years ago. A car accident took Eduardo away in the year 2000.

Melvin Ledesma is also known as Melecio went to the Navy when World War II broke out. He also married and went to college after the War. He became a teacher, married, had two children James and Artemis.  His wife was named Hortensia, but everybody called her Babe. He often called her “Mana” . I did not know why he called her that until I finally learned that her family was from New Mexico. Cancer took my Aunt Babe in 1995. They lived out their years in Monterey.

Artemis married and brought into the world three daughters. A single mother, she enrolled and graduated from the University at Santa Cruz, became a teacher. She continues to live her life on the Monterey Peninsula.

James served in the Army, travelled the world, got his degree, and worked for the State Department. He became a United States ambassador and is now retired.

My uncle Melvin passed away this last weekend at the age 97. My parents and I also lived in Monterey. In those years we saw him almost every day. He was a role model for me, he was one of the reasons I became a teacher. He leaves behind many loved ones.

He was the last of his generation.

I am an artist and a Poet. I live the life of a poet. I published several novels. Nena the Fairy and the Iron Rose, Dust of the Moon are among them, available through Amazon Books. I have spent over thirty five years in a classroom. I am now retired from that profession. My father kept a living record of his lifetime as he lived through the Twentieth Century. He was born in 1908 and almost lived long enough to see us enter the new millennium. He entrusted to me nearly 400 pages that he wrote through the years. Now I am continuing the tradition by posting my own stories and misadventures. I am trying to post a new entry or chapter each Friday. Check in on us at least once a week for the latest post.
View all posts by jedwardnajera →
This entry was posted in Family History. Bookmark the permalink.